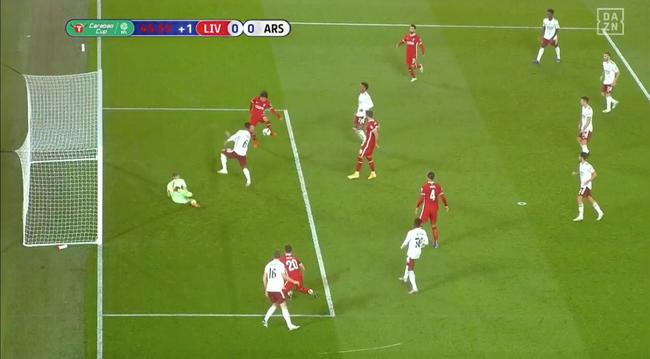 Liverpool played against Arsenal in the League Cup. The Reds who had a chance to score a lore match were "infernal" by their home goal.

In the 45th minute of the game, Liverpool launched an offensive. New aid Jota headed the ball to the far corner in the penalty area. Arsenal goalkeeper Leno eased his arm and blocked the ball.

At this time, Liverpool striker Takumi Minano hit the ball just in front of it. Facing an empty goal, the Japanese striker raised his foot to shoot. The ball hit the bottom edge of the crossbar and bounced out!

After missing an empty goal, Takuru Nanno was extremely disappointed and severely tore off his headband before leaving the field at the end of the midfield.